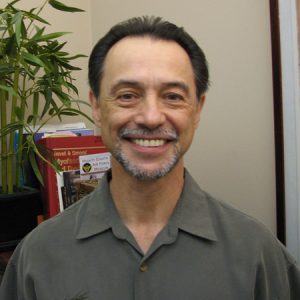 Jeff moved to Murphys from the Bay Area in 2013 and has been the in-house massage therapist for Acupuncture Wellness of Calaveras since 2014. He also does therapeutic massage for Bear Valley Ski Patrol and employees during ski season.

He has been the in-house massage therapist at the Crystal Springs Chiropractic clinic in San Mateo, Ca. since 2002, and still sees long-time clients there monthly.

He also has provided massage over the years to Stanford Hospital, Palo Alto Medical Foundation, The Birches Fine Eldercare, and various other Bay Area corporations.

During football seasons 2009 thru 2013, Jeff provided recovery massage to the Stanford University football team the day after their games.